I'm very excited about my latest adventure with ceramic clay!!  I bought some (a lot actually) stoneware clay not too long ago and I've been having a load of fun playing ever since.  Whenever I do a glaze fire I generally include some unglazed pieces to keep as a reference and when I saw how beautiful some of the new clays were bare, a little light bulb lit up in my head! I'll get back to that in a minute.

I came across a tutorial by American ceramicist, Steve Irvine, a while back on Pinterest (my happy place) on "How to Apply Gold Leaf to Pottery" and I've been dying to give it a go ever since.  His work is absolutely beautiful and inspiring, not to mention, on a far grander scale than mine!  Anyway, I decided to give gold leafing a go (the light bulb moment). The very first piece I did was this heart and I can't even begin to tell you how excited I was with the way it turned out!! 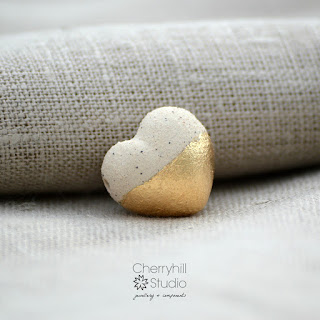 Applying gold leaf is actually quite a time consuming process.  It took four layers of gold leaf to get a perfect coverage.  I'm hoping that with practice I'll be able to do it in two or three as I've used top quality 24K gold leaf, but only time will tell.  If a piece needs 3 or 4 layers, so be it.  You need to leave 24 hours between layers to ensure the gold size used to adhere the gold leaf has dried out thoroughly before starting on the next layer.  I also discovered that you can only do a couple (quite literally two) at a time, because you only have a small window of opportunity when it comes to applying the gold leaf while the size is at just the right tackiness. Still, I have to say that I am totally enjoying this whole process.  I've started on some house beads too.  As you can see I'm going to be getting a lot of practice. 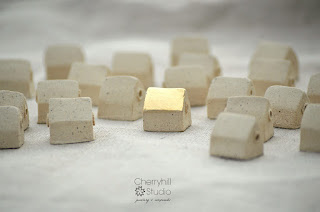 I have also made some house beads in black stoneware clay, and I've got some little fish waiting to go into the kiln, that will be next.  This is just the beginning! 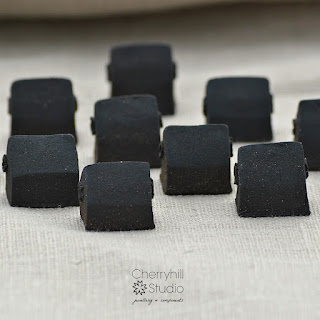 Thanks for reading. xx 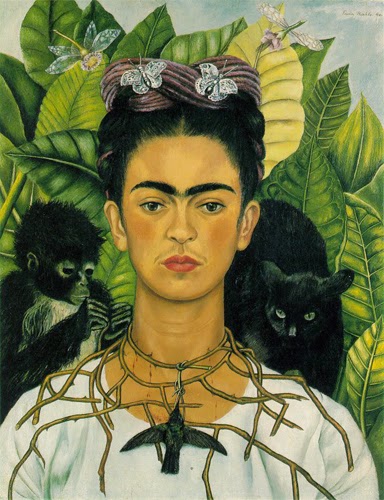 Frida Kahlo de Rivera (1907-1954) is Mexico’s most celebrated female artist, famed most notably for her association with pain and passion both in her life and in her artwork, and notorious for her honesty in depicting the female form.  Painting was not her original path, but a horrific bus crash at the age of 18 left her bedridden for over a year while she underwent over 30 operations to put her broken body back together again.  Painting became a way of release, and of her 143 paintings, 55 are self portraits due to the amount of time she spent alone and immobilised.  She painted her life as she saw it, she did not paint dreams.

As pain was such a big part of Frida's life it featured heavily in her artwork. This particular painting was no exception.  Self-Portrait with Thorn Necklace and Hummingbird (1940) was painted just after her divorce from Diego Rivera and the end of her affair with photographer Nickolas Muray.

Frida often used Christian or Jewish symbolism in her work, so I would like to think that she would have approved of my choice and use of symbolism.  The focal pendant is not only representative of the hummingbird in her painting, but also symbolic of a blood stained cross and representative of her pain that she portrayed in her painting.  I see Frida Kahlo as a tortured soul, tormented by the physical and emotional pain she endured during her lifetime, which is why I have called my necklace, Frida’s Soul. 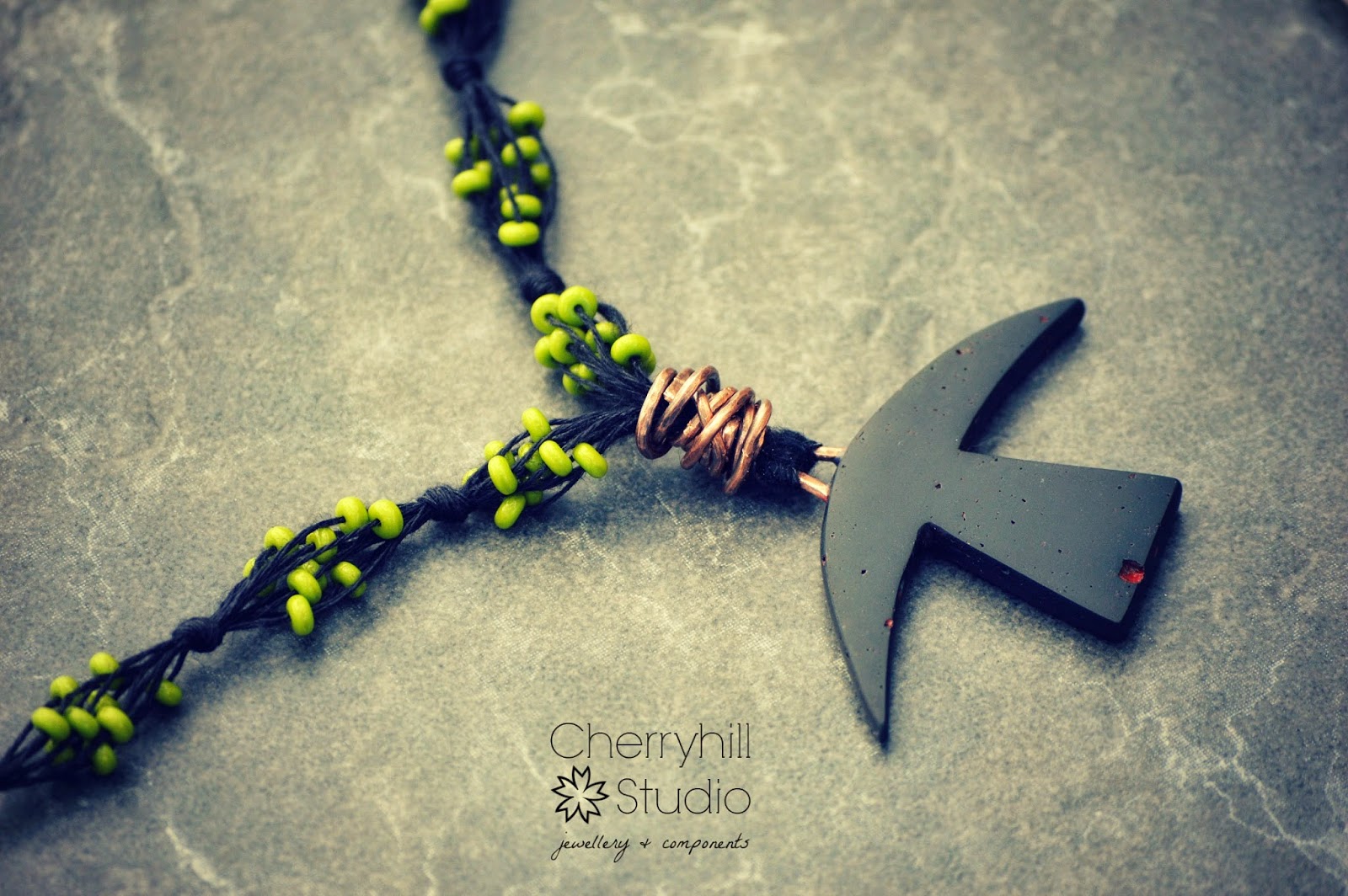 The polymer clay hummingbird and leaves were made by me, as was the clasp.  The following photos will give you a little peek into some of the processes involved in creating this necklace. 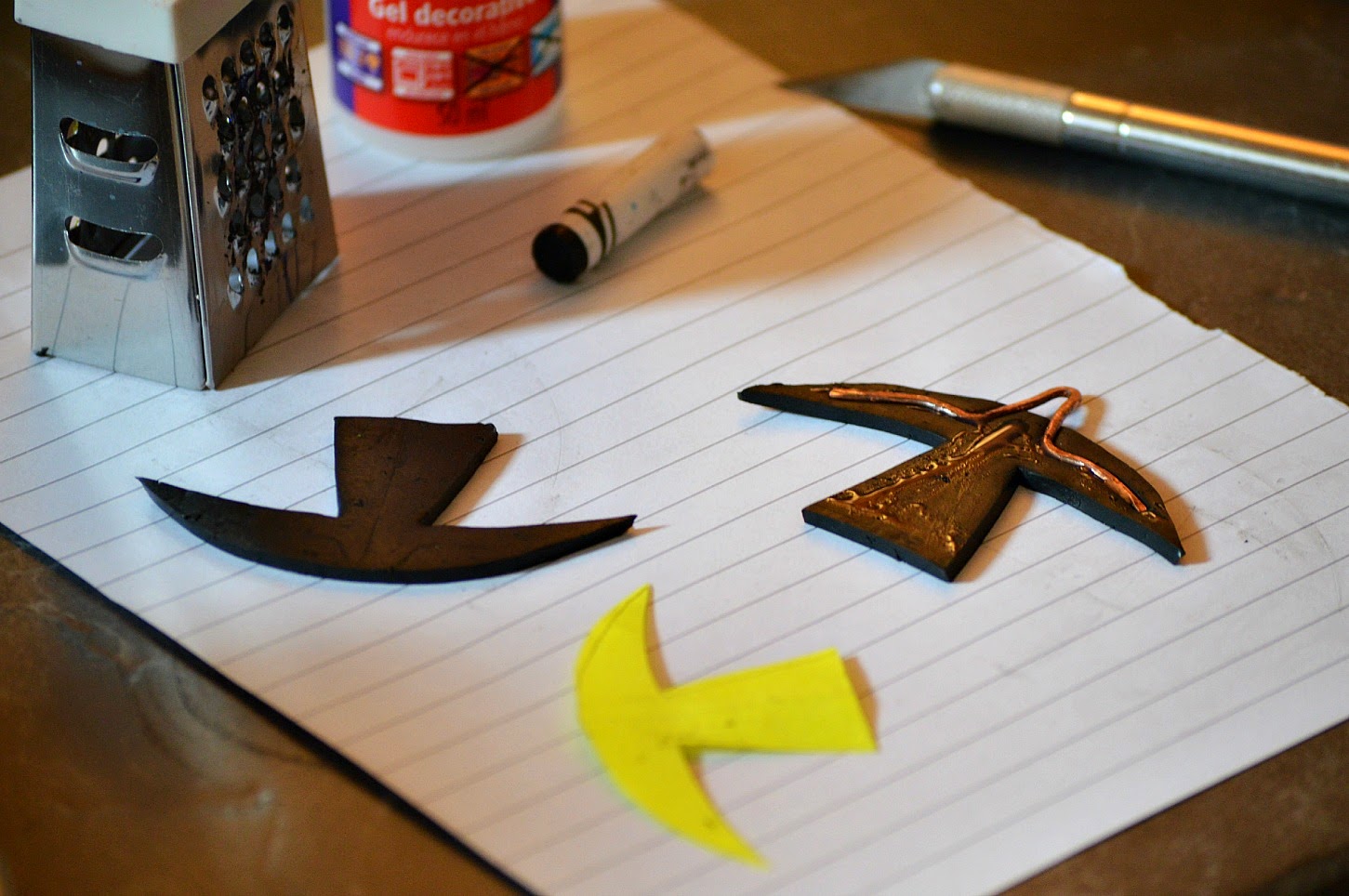 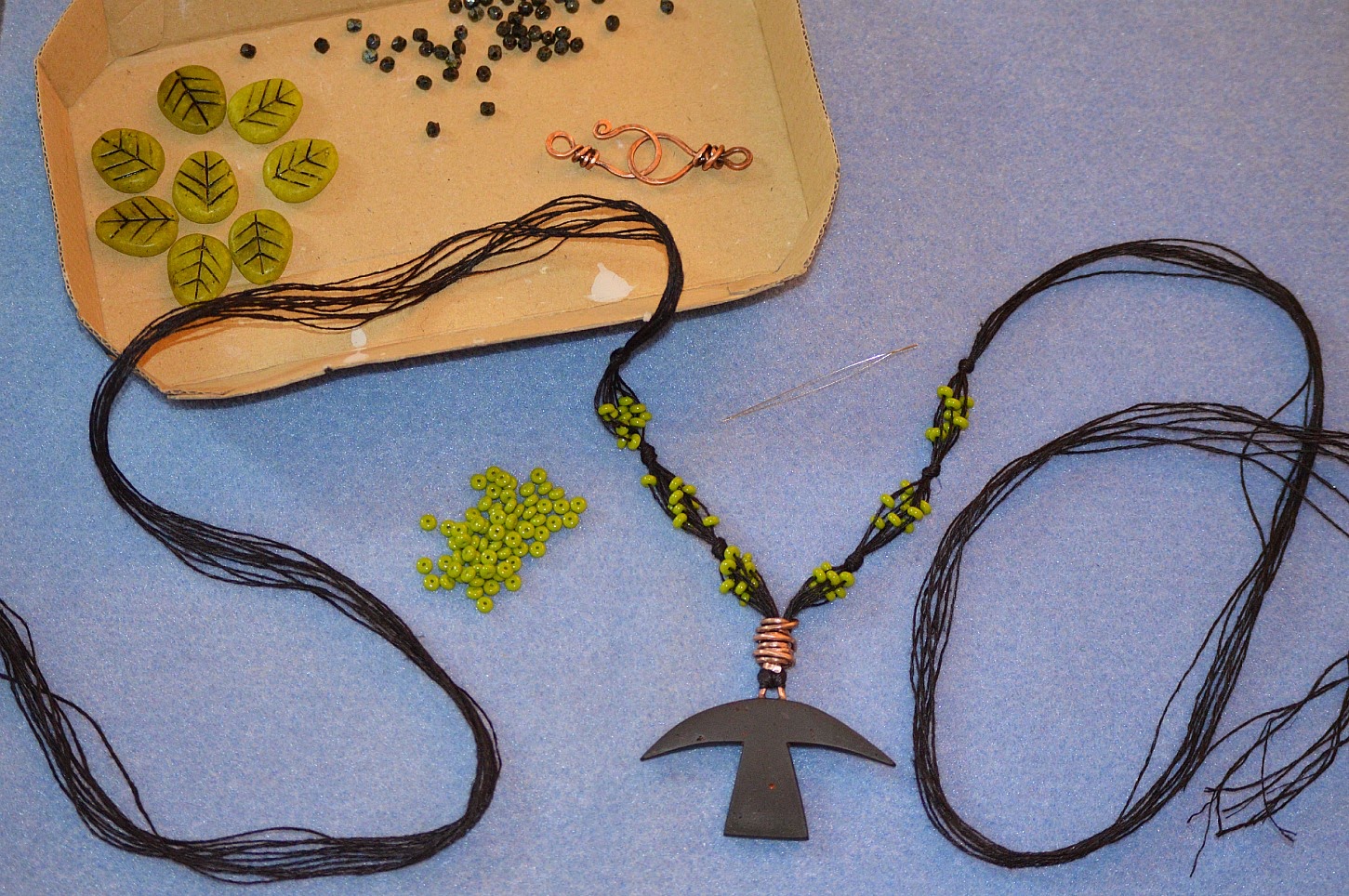 And finally, a closer view of the individual components. 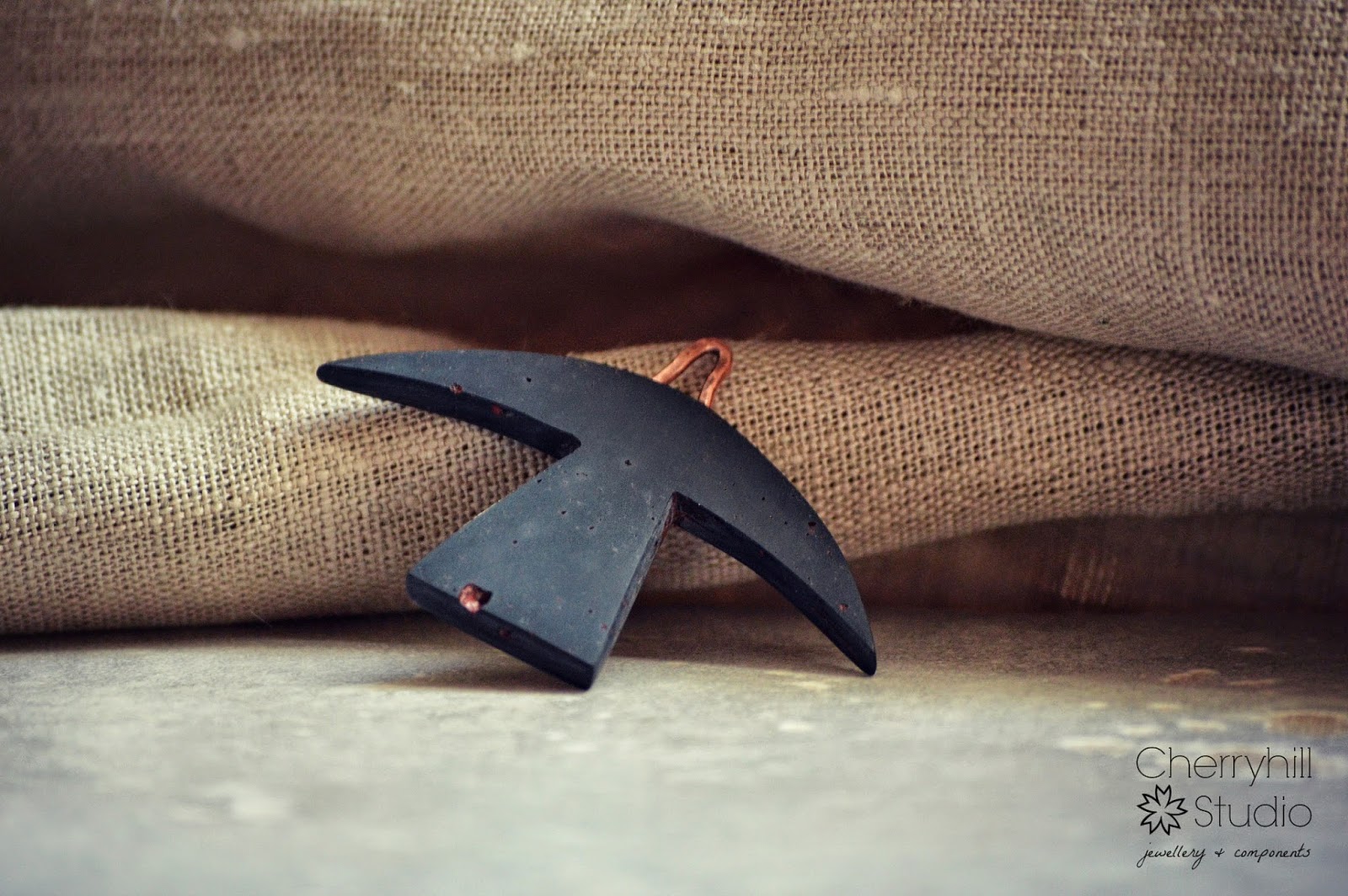 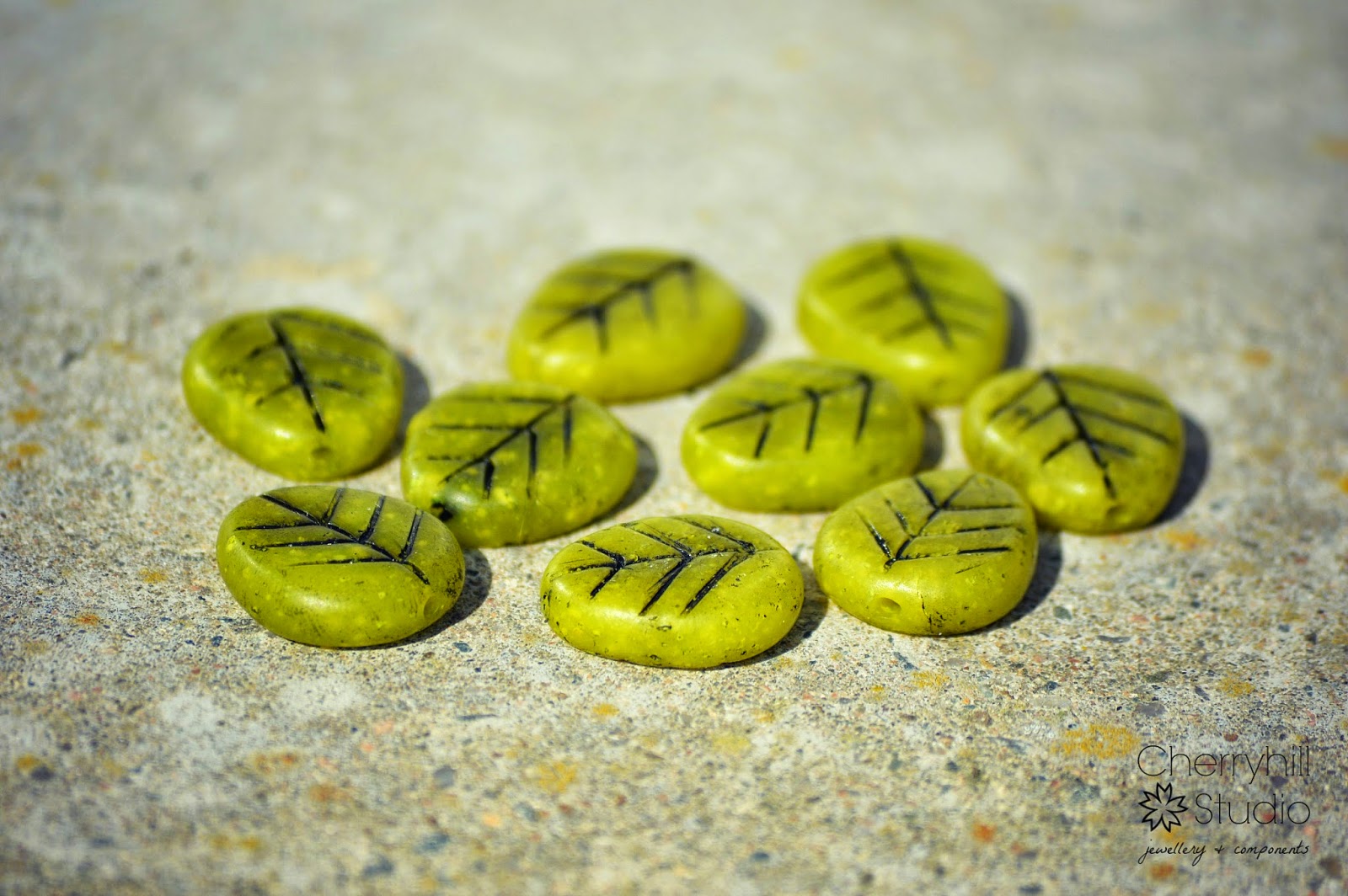 I hope you like it.  Thanks for reading. xx

I took my eldest daughter, Eden, to Paris for the weekend (her 16th birthday present from me) and now I'm feeling very inspired.  I love Paris!!  It's one of the cities I just want to go to again and again and again!! I love the French people too.  I've always thought that from a distance they look so preoccupied and serious, but as soon as I start a conversation their faces light up and are the most expressive I've encountered anywhere.  They really are a friendly nation.  My French is pretty bad, but I do try and I'm always graciously answered in English, which I do find rather amusing.  Before we left I sent our hotel an email in French to let them know we'd be arriving really late, and they responded in English, which just goes to show how bad it must be.

I couldn't believe how busy it was considering it's meant to be off-season.  I guess there's no such thing as off-season for Paris.  We made a point of going to the Eiffel Tower early and only waited 30 minutes in the queue (I have waited over 3 hours in the past).  We weren't quite so lucky with the Louvre or the Catacombs (2 hours), but they were both worth the wait.  Everywhere you look in Paris there is some form of art, whether it's the architecture, sculpture, painting or graffiti, it's just everywhere!  Something that really stood out for me was the texture.  I wish I'd taken some mould maker and been brave enough to take moulds of everything that caught my eye!  I did take a notebook though, which is now full of new ideas, and of course my camera, which I'm quite attached to.  Here are some of the photos I took.... 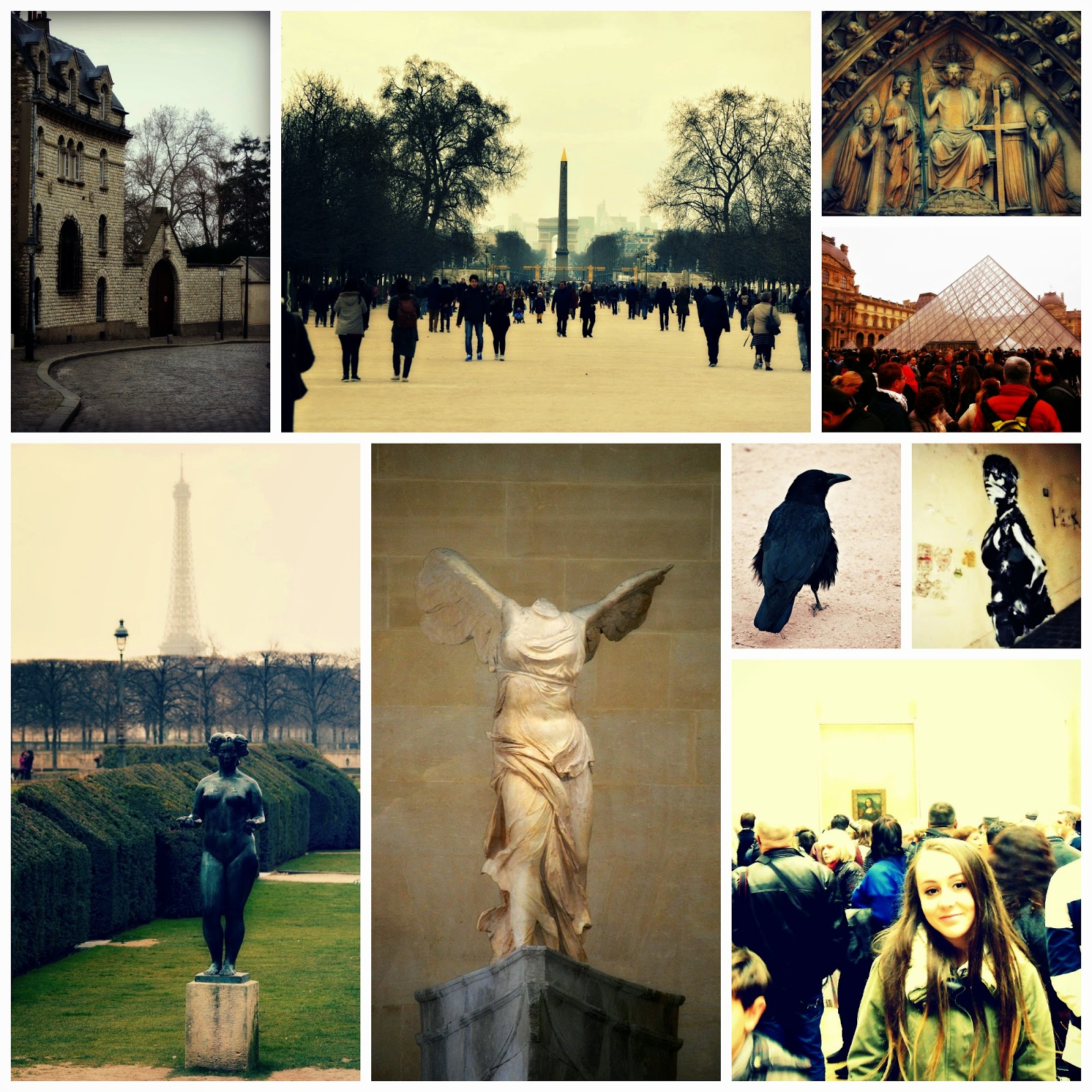 Thanks for reading. xx
Posted by Unknown at 14:24 No comments: Amapolas, 1913
Illustration published in "News of Spring and Other Nature Studies"
By Edward Julius Detmold

In case you hadn't guessed, today’s post is all about this month’s Art Bead Scene Challenge.  This beautiful watercolour illustration has filled me with a sense of anticipation for new life after very a long and cold winter.  You have no idea how happy I was earlier this week when I noticed my crocuses had started to flower!  The movement within the image doesn’t just suggest life, it’s screaming it, and yet the tranquility of the colour scheme gives me a peaceful calming sensation.  None the less, I find myself sitting here willing summer to come quickly!!  Having read the insightful history of Edward Julius Detmold, it’s almost impossible to fathom how someone with such insight and capacity to create such beauty could have been such a tormented soul on the inside.  It’s truly tragic!!

This has been an exciting month for me because I have finally taken the plunge to start selling some of my creations.  I’ve been doing the Art Bead Scene challenges for a number of years now, but this is the first time I’ve entered the ‘Bead Makers’ section, so naturally I’m excited about this too.   I chose to focus on the butterfly and aimed to express the movement and tranquility I felt when looking at the illustration.  My two entries (pictured below) are both made out of ceramic clay and are both are available in my Etsy shop.  Thanks for Reading. xx 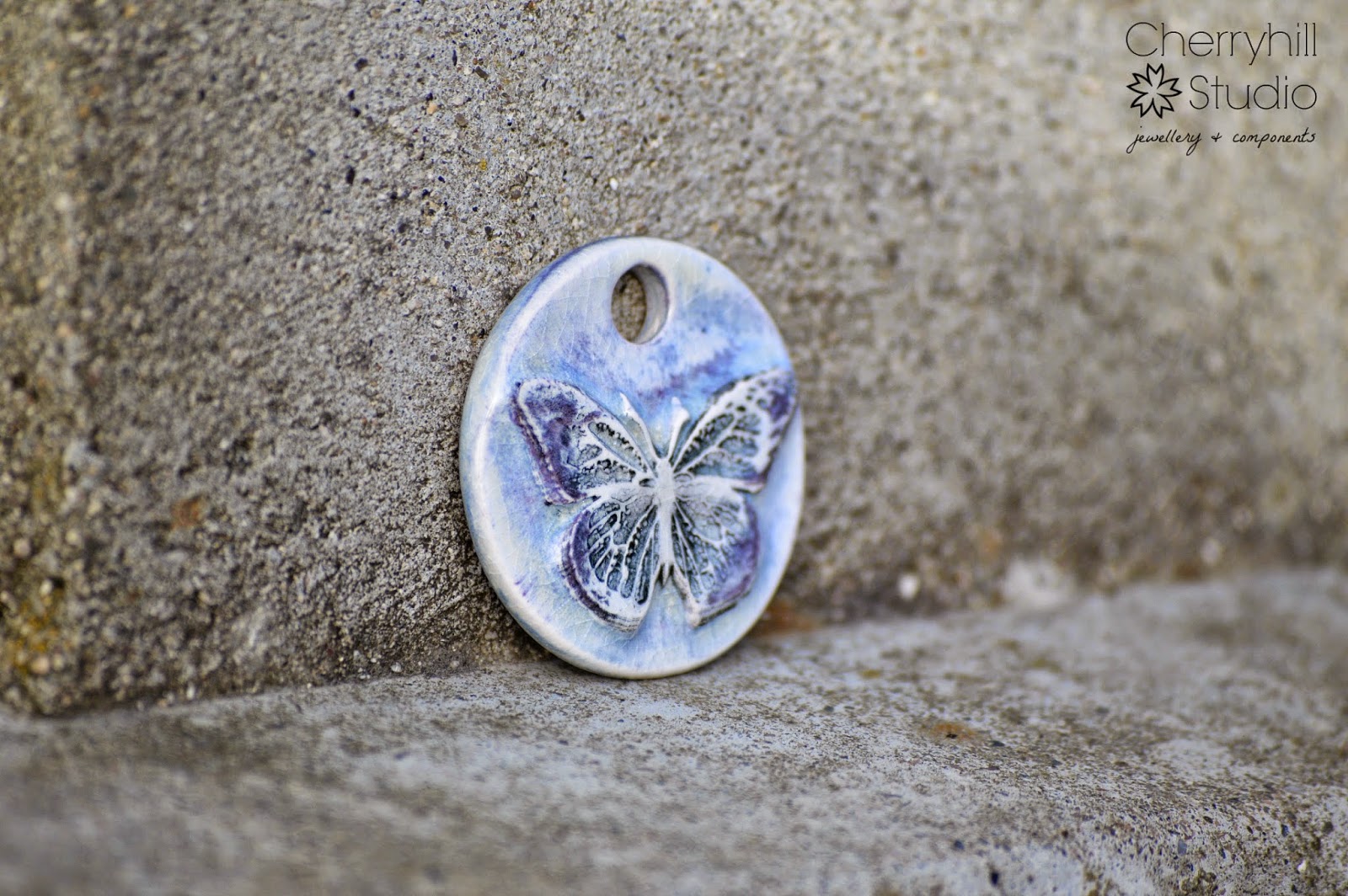 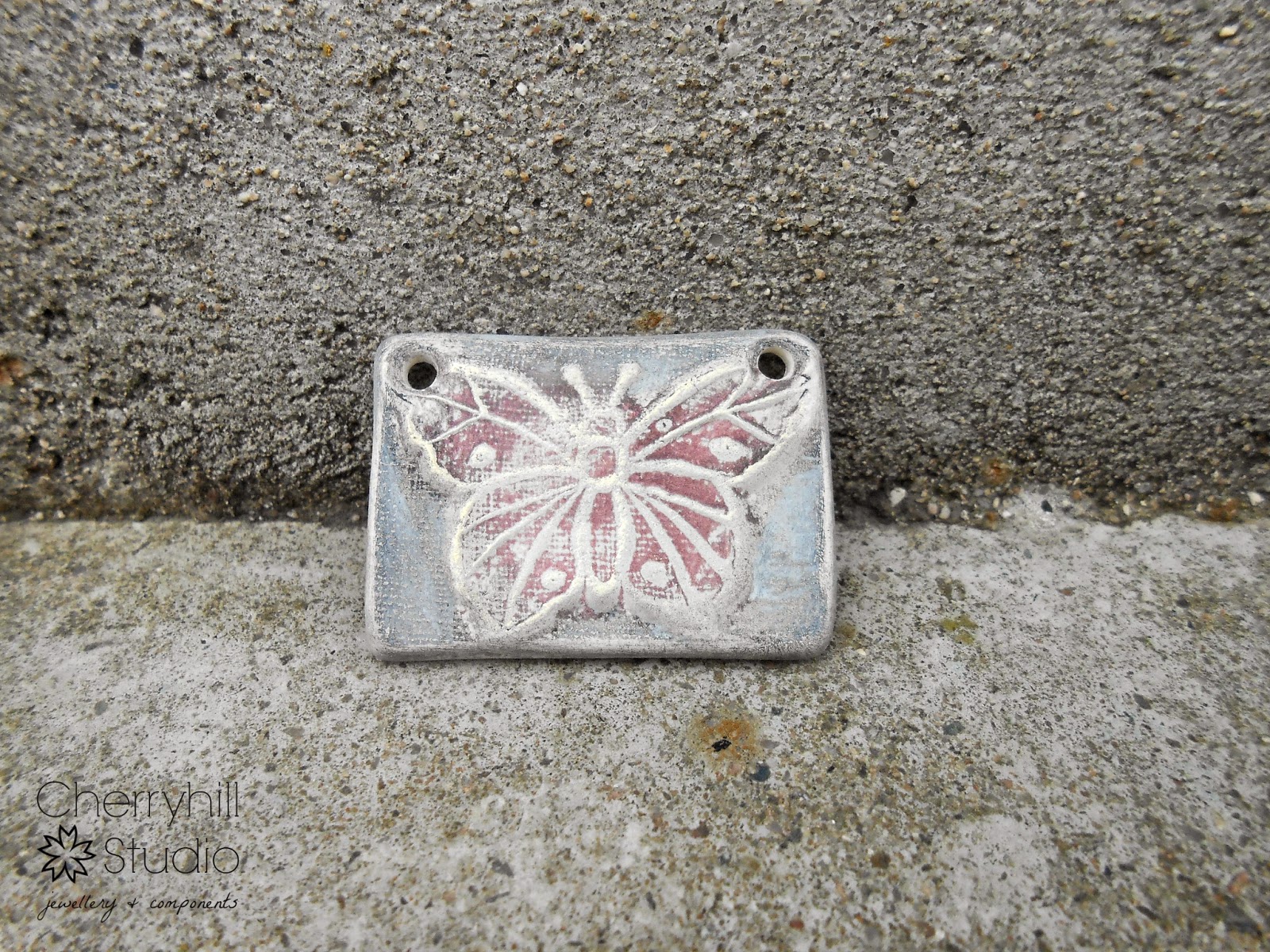 Hello and welcome to my first ever blog post.  I've been procrastinating about starting a blog for years, the main reason being the time commitment. I'd hope Facebook would make a good substitute, having used it for years to keep in touch with family and old friends overseas, but I’m quickly learning that a Facebook page is not quite as straight forward or as easy to negotiate as I'd hoped it would be.  So here I am at the beginning of a new journey, one where I hope to make new friends, one that I hope you will find interesting, and one that I hope we will both find rewarding.

My name is Melanie McGready.  I live and work in a small village called Spa in a beautifully scenic part of Northern Ireland.   I’m not originally from here.  I was born in England and brought up all over the place: Australia, USA & Saudi Arabia to name a few.  My Dad's Australian, my Mum's English, and I’m very much a mixture of the two.

I studied photography at College many moons ago in the pre digital era, and although I have an absolute passion for photography, I have always had creative impulses to do more with my hands and when I discovered polymer clay back in 2010, so began my journey with clay.  I fell in love with the versatility of the medium and set out to learn every technique going.  The possibilities are endless and five years on I still can’t wait to try the next technique on my ‘to do’ list.  I bought a small electric kiln in 2014 and now I’m hooked on ceramic and precious metal clay too.  Subsequently Cherryhill Studio was born.  I'm very passionate about what I do and every piece I make, and feel blessed that I can.

Thank you for taking the time to read my post and becoming part of my journey. xx 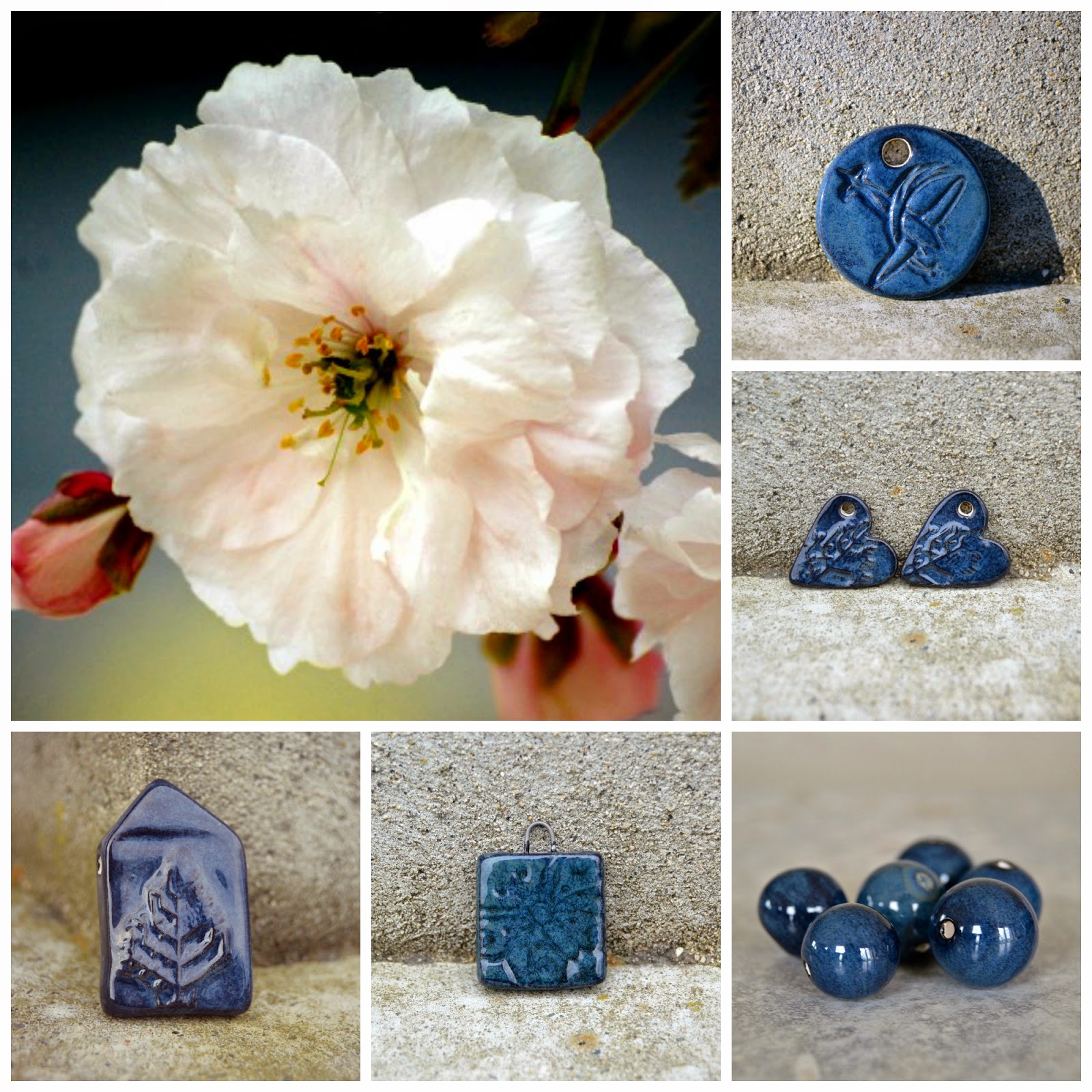 Email ThisBlogThis!Share to TwitterShare to FacebookShare to Pinterest
Labels: About Me, Introduction, The beginning
Home
Subscribe to: Posts (Atom) 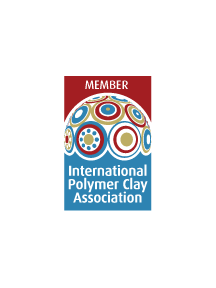